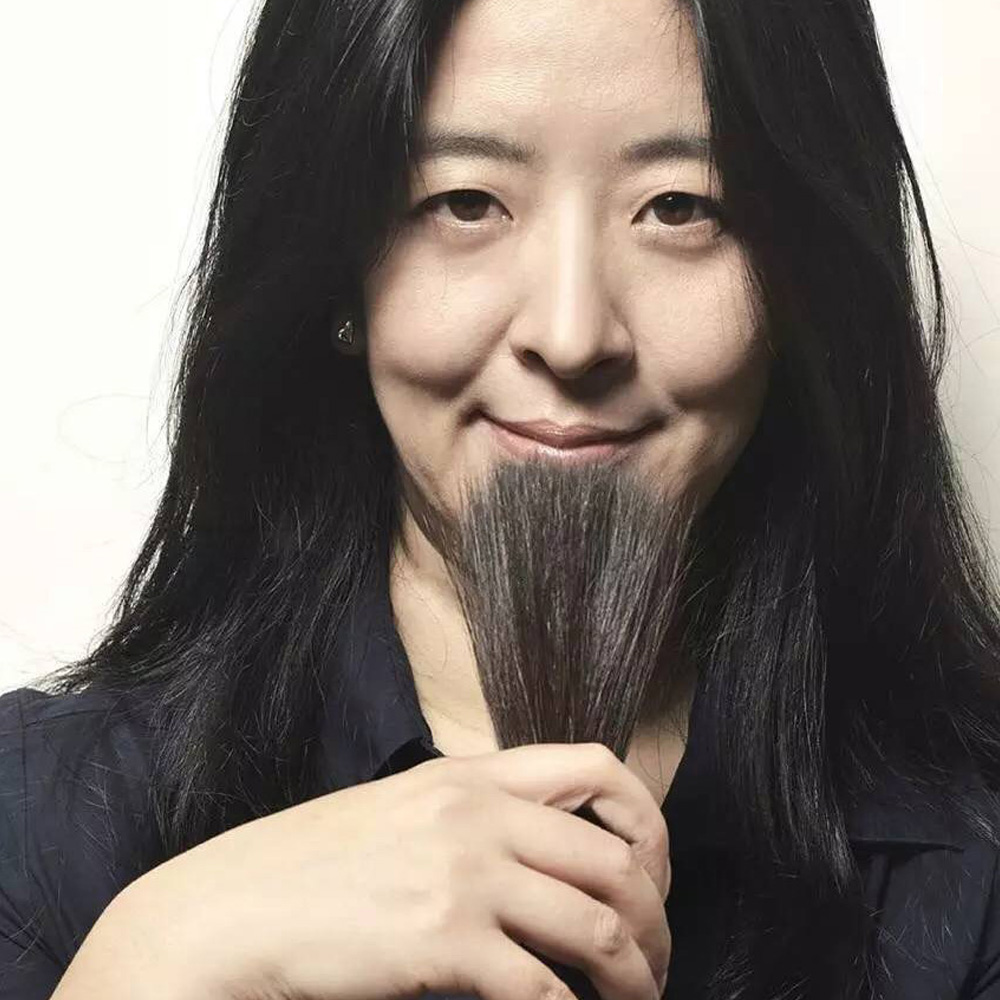 Xu Jing (b.1975) is a native of Huaian, Jingsu Province. She holds a Bachelor Degree in Graphic Design from School of Design at Nanjing University and a Master Degree in Calligraphy from the Nanjing School of Fine Arts. Years of apprenticeship with Professor Hung Dun, China’s renown calligraphy theorist, have sealed her fate as a calligraphic artist.

The beauty Xu Jing’s few-character calligraphy is in its intricate symbiosis of design as a modern concept, and the creative execution of it, which requires traditional calligraphic training. Design studies have given Xu Jing a unique perspective on the calligraphic structure. Decades of experience with calligraphy have lent her work an expressive freedom and sense of authority.

Xu Jing’s calligraphic inscriptions were widely used as Chinese film titles. Peter Chan’s film Swordsmen (2011), Kai Wai Wong’s The Grandmaster (2011), Shang Jing’s Swordsman (2010), are to name a few. She has passionately woven calligraphy into the photography of Du Kefeng at the Wing and Quiet exhibition at Lucie Chan Fine Arts Centre in 2015. In the same year, her works were featured in the UNESCO Cultural Seminar Enlivening Chinese Characters in Paris, as well as in the International Youth Art Biennale in Nanjing’s Jinling Art Museum.
Xu Jing was part of the international circuit of group exhibitions by Nanjing Painting & Calligraphy Academy that exhibited in New York, Seoul, Hong Kong, Germany, Ukraine, Belarus, Zambia, and Namibia.

‘Today is a stain between’, her solo exhibition at No 55 Art Space in Beijing was well received by the industry.
In 2019 her calligraphic work inspired Rishard Mille watch design. ‘Breathe’, a custom designed t-shit featured Xu Jing’s calligraphy was released by Karl Lagerfeld China in 2019.
She is also featured in the book The Art of Writing by Heinz F. Kroehl.

Copyright Mr-Shan.com. 2022 - All Rights Reserved. | Best Home&Garden.
Back To Top